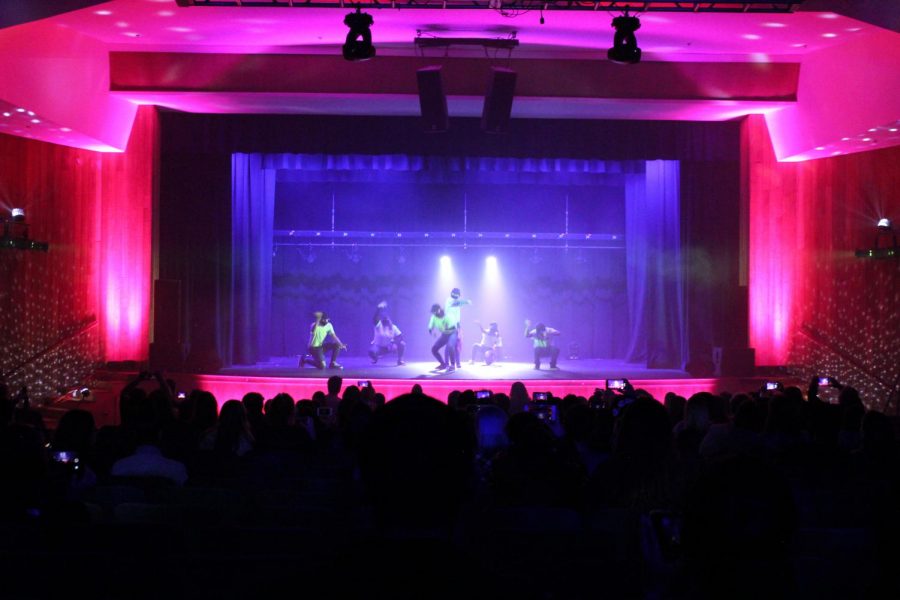 This year, Lee hosted its second annual Talent Tundra. The 2019 rendition took place in the auditorium on Thursday, February 7. Talent Tundra gives students here at Lee High School an opportunity to showcase their creative flair and beautiful singing voices in front of a balanced audience of students, teachers, and a few very supportive parents here and there.

Our very own student government worked diligently with Technology Specialist Greg Pickett and English Teacher Chris Ingram to ensure that the show went on without a hitch.

This year’s third place finishers performed a unique group dance to a mix of acoustic songs ranging from entries featured on the Wii gaming system to songs from modern Spanish culture. Senior Jonathan Canamaso, a member of Diverse, describes his group’s performance as “Good overall, despite a couple mishaps.”

Junior Melissa Rocha was also a member of Diverse. In addition to being a cultural dancer for most of her life, she also was a member of last year’s edition of the dance group, earning second place.

According to Rocha, the dance group did not have any specific goals. “We just wanted to dance and let the audience enjoy it,” Rocha said.

Senior Jonathan Canamoso, who dually participated in this year’s Talent Tundra, placed both. He won third place with the aforementioned dance group. This talented senior and rock and roll fan also started off the show with a very entertaining performance of “Dream On” by Aerosmith. During his second place performance, Canamoso did an awesome job of engaging the audience and getting them on their feet to sing with him.

Canamoso explained that he chose this song to show off his vocal range in addition to showing the world, “how I can rock and roll.”

Canamoso shared his opinion on how well he did during his first act; “It was my proudest performance in all my years at Lee. I felt it was time for me to show everyone I could sing,” Canamoso said.

Junior Nardi Velasquez wowed the judges with her performance enough to eek out a first place finish. Velasquez took on the daunting task of a lonely stage and a full audience in her part of the show. In her spoken word performance, she delivered a speech on individuality and the added challenges of being from a family of immigrants. This delivery was so enlightening for everyone in the audience that the dark room became lit with cheers after her performance.

It was a hard and long climb to the top for Velasquez. The speech she gave at this year’s Talent Tundra was one she wrote during her sophomore year and recently just finished editing in her creative writing class.

Last December, Velasquez won a speech competition sponsored by the Emerging Leaders program. This win gave her confidence in her ability to speak publicly in front of audiences.

Despite her previous stage experience, Velasquez practiced before her Talent Tundra performance. “I mostly practiced in front of my twin sister, Natali [Lee junior],” Velasquez said.

After her amazing speech and a few more very good contenders for the top spot in Talent Tundra, it was time to announce the winners. When the judges announced Velasquez as the top performer, she was “really shocked” to hear her name called.

This year’s performers set the bar very high for next year’s contenders. If next year’s Talent Tundra is half as good as this year’s, then Lee audiences will be in for a huge treat.